How do you deal with one of your main characters if they go missing in the opening chapter and you have no idea where they have gone or what will happen to them?

How do you realistically develop a second protagonist when at first he presents as the seductive hero of the piece and gradually disintegrates into villainy?

Daddy’s Girl became the most complicated of my novels because although I knew how it would begin, for many months I had no idea how it was going to end. Part of me worried obsessively, trying to make decisions that would hold water. Part of me had enough confidence to allow my characters to tell me where they had vanished to and exactly how; just how evil they would become – and indeed how their individual stories would mesh, unravel and conclude.

Although even the ending changed towards the finishing post. I’d originally intended young Eleanor to drive away from Cornwall that Christmas morning, not knowing where she was going or what might become of her, and leave the story at that. But one rainy November night, I changed my mind. I realised she was going home – and that she had decided to return to Somerville College where her story had begun. Older, wiser and considerably more mature – a young woman, no longer a naive Daddy’s girl – she goes back to her studies in spite of uncovering her father’s appalling villainy, and in spite of her Cornish lover’s unforgivable betrayal.

The biggest problem about allowing your characters to speak for themselves is that you have to give them time to talk – and yourself as a novelist the time and space to listen. This demands the most sophisticated patience, and a determination not to throw in the towel after many frustratingly difficult days.

At the end of May 2007, I gave a talk to The Dragon School in Oxford about how ghastly it was in fiction when people went missing and never returned – and when their disappearance was never fully explained. As a novelist, you can’t open a can of worms and allow the beasts to crawl over your story as they will. You have to impose some kind of realistic order to prove you have worked it all out. I don’t agree that every story should have a happy ending. But readers expect the writer to have a complete storyline up their sleeve and then spilling onto the page. The missing child or adult must be found, alive or dead. Otherwise the disappearing act remains a hollow trick, a lazy device that leads nowhere. Forced to come to their own conclusion or merely to shrug their shoulders, the reader feels disappointed and cheated instead of satisfied.

I chose to set Daddy’s Girl in 1936 because during my research for Larkswood I read a lot about the 1930s. As an historical novelist, you quickly realise that the future may loom over your characters, and you may know what’s in store for them – but that’s hindsight. It’s your characters’ past that reveals who they are. Edwardian characters – my particular passion – are built from Victorian bricks and mortar.

The year 1936 – the year of the abdication of the Prince of Wales, in effect the year when England had three kings – fascinated me. I read everything ever written about Wallis and Edward. And to my delight I was hugely helped by John Forster, Librarian and Archivist at Blenheim Palace. John probably knew more about Churchill and his connection to Blenheim than anyone else in the world. Over lunch in Woodstock, I told John about my ideas for Daddy’s Girl.

John was wonderfully helpful. He drove me around the Palace gardens, pointing out the landmarks that would have graced the grounds in the late 1930s. He invited me to look at the Visitors’ Book that Wallis and Edward had signed at the end of their top-secret weekend party in June 1936, when Edward bought Wallis from her husband, Ernest Simpson, thus enabling her to obtain her divorce.

With John’s encouragement I set to work, talking to many of my friends in Woodstock whose families had lived there in and before the 1930s. They gave me a host of details about the history of the town, its network of underground tunnels, the food people ate, and the shops and restaurants that had flourished and survived. My Eleanor lives in one of the oldest houses ever built in Woodstock – in what used to be the teashop Harriet’s – and the owners kindly showed me around their private quarters, including the attic rooms and cellars. All fabulous grist to the novelist’s mill. Similarly, the Librarian of Somerville College, Dr Anne Manuel, allowed me to wander the College’s corridors and gardens. First-hand research at its best.

Finally, I knew St Ives in Cornwall, but Daddy’s Girl demanded another visit. I went down for a week to spend all day, every day, in their library, where I was allowed to read tiny local newspapers from the 1930s, packed with information and gossip about the town, the weather, the tides, the storms, the tragic accidents and the heroic rescues. With a final draft of the novel under my belt, Captain Philip Moran, who knew the history of St Ives better than anybody, was kind enough to read every word and correct a host of small but significant details.

In November 2016, a devastating fire in Blenheim Palace gardens burned Fishery Cottage to the ground. Its elderly inhabitants and their dog were discovered the following morning in a tragedy Blenheim continues to mourn. Plans are afoot to build a memorial to the couple who were as much a part of the landscape as the trees that still surround this plot of land.

I also mourn the passing of Captain Philip Moran and John Forster, without whose unique experience and knowledge this novel could never have been written. 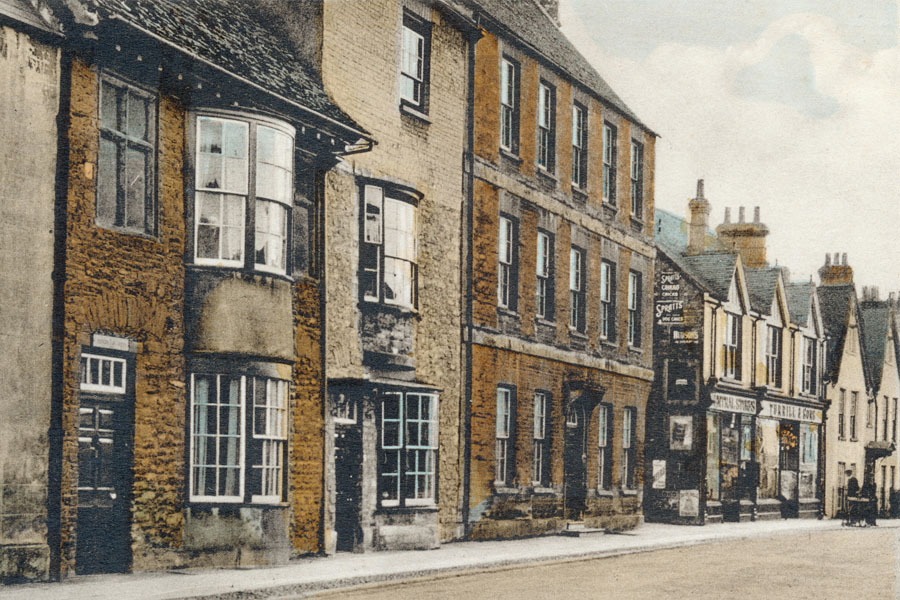 The High Street, Woodstock, in the 1920s 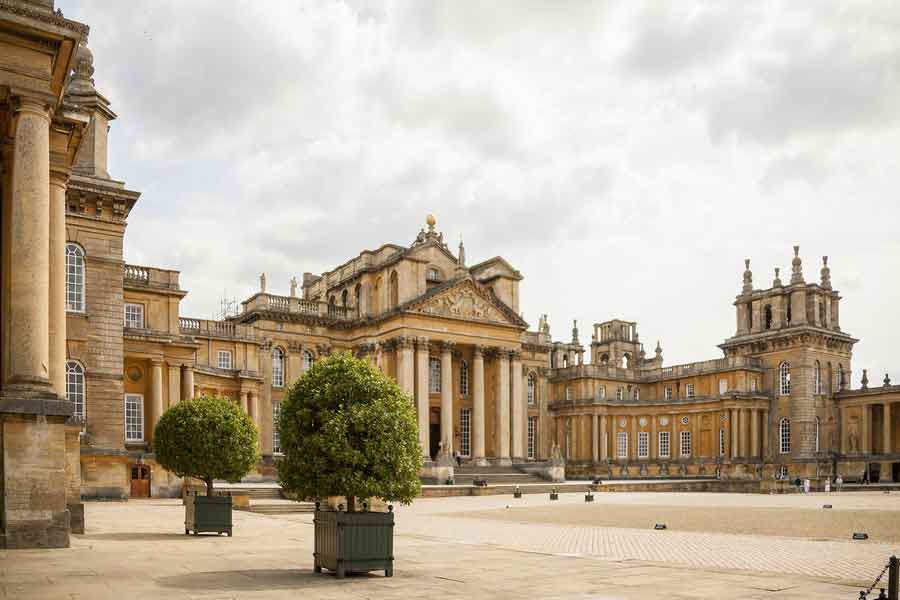 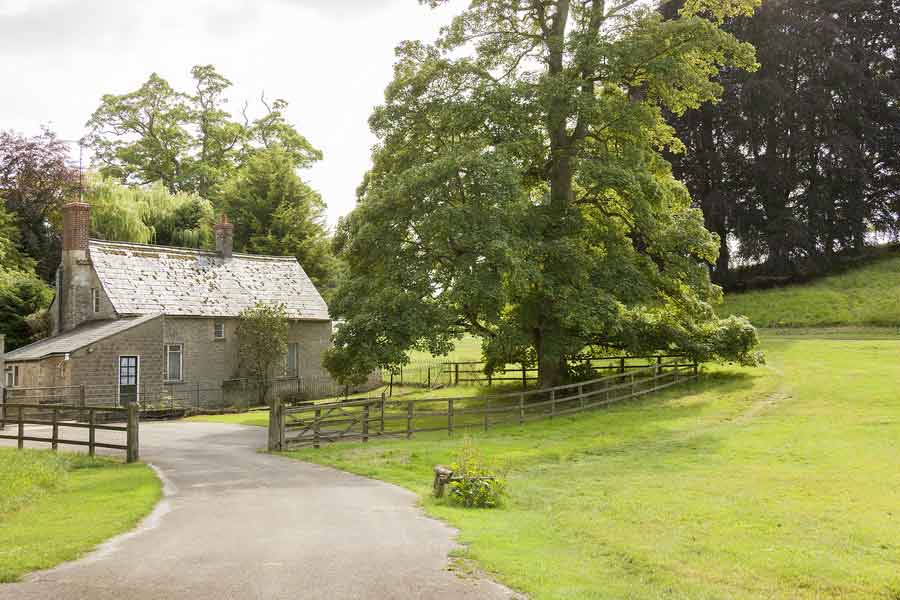 Fishery Cottage, Blenheim, as it used to look before the devastating fire 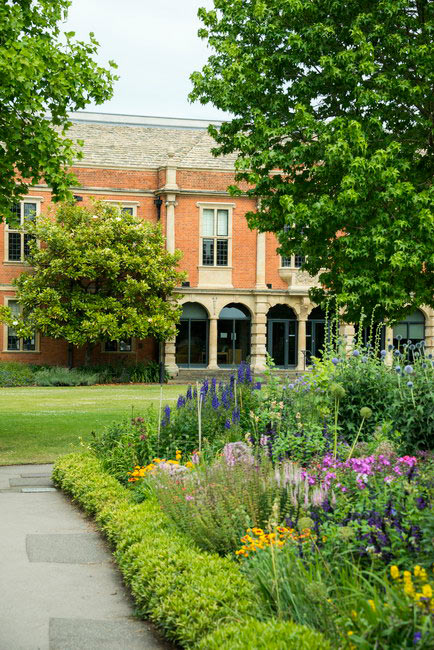 Somerville College through the trees