When I set sail in the Good Ship Larkswood, way back in the Middle Ages, it took me much longer to get home than I had originally intended.

The winds blew me into uncharted waters. The storms were positively petrifying. I lost my way, my compass, my bearings and my hat. Indeed, there were many dark nights when I almost drowned, or jumped overboard, or both.

When I finally reached land on that extraordinary morning, Orion stood waiting for me on the quayside. ‘Here’s our contract, Valerie,’ they said. ‘Oh, and by the way, here’s some money… Don’t spend it all at once.’

I collapsed in a silent heap of wild relief, gratitude and exhaustion.

Then I remembered something. From the joyful recesses of my mind, it came to me. A second journey beckoned. I had intended Larkswood to have a sequel. I had left my Hamilton clan on the very cusp of war. Whatever had I been thinking?

I wandered into my small garden and burst into tears. I could barely find the energy to walk a single step, let alone pack my bags for another ocean voyage.

We published the hardback Larkswood with a launch at Blenheim Palace. The Orangery sparkled. The Palace – in late February 2014 – had just opened after its long Christmas vacation. (Those were the days.) I thanked all my friends, signed a lot of copies and limped into a taxi to be taken home. My right hip had become so excruciatingly painful that I could neither stand, walk or sleep. Putting on my socks took me most of the morning. Taking them off took all evening. I was having serious problems writing The Choice, the second novel in my two-book Orion deal. But you know what they say, don’t you? Never give up, never give in, never say never, keep buggering on.

After my monstrous carbuncle had been skilfully removed, and a modern titanium and miraculously pain-free joint inserted in its place, I organised a second launch party at Polly and Patrick Neale’s delightful bookshop in Chipping Norton. This time we published the paperback. It had been given a jazzy Christmas-market cover. And it cost less.

Much to everyone’s astonishment, Larkswood began to sell. For a couple of miraculous weeks it even powered its way onto the bottom rungs of The Bookseller’s top fifty list. Overjoyed, I emailed Orion to let them know. They could hardly believe their eyes. When Waitrose chose it as their Book of the Week and kept ordering copies, the Managing Director of Orion’s Fiction list gasped: ‘Waitrose have never asked us for more of anything.’

Now, don’t get me wrong. We’re not talking millions of copies here, top of the pops or world tours starting in Australia. I wasn’t born yesterday. I’ve been in and around the publishing world for longer than anyone I know. Larkswood is a novel about incest, for heaven’s sake. I can hear the sound of tut-tutting a mile off. Disgusting smut. The last taboo.

Incest is still a dirty word. Many markets overseas turned Larkswood down because it is much too close to the bone to even bear thinking about.

But here’s the point. Let’s cut to the chase now. Listen up.

I began to receive emails from strangers in the middle of the night. ‘I simply loved it,’ people told me. ‘I couldn’t put it down. It’s the best novel I’ve read in years. My mother lay dying in hospital. I had to sit by her bedside for two days. Larkswood kept me going. I hope there will be a sequel. You can’t just leave me like this. I’m longing for more.’

Delighted, thrilled, astonished, deeply touched, I thanked everyone who wrote to me. I said I was thinking about a sequel. But every time I did, my heart quailed.

What if the sequel flopped like bunny’s ears? What if all my fans turned against me? What if they started to mutter over their cornflakes, ‘This isn’t nearly as good as the first one. And it’s taken her long enough. Let’s give it to Auntie Maud. She’ll read anything.’

The truth was: I still couldn’t bring myself to re-read Larkswood, let alone jump aboard a coracle. But the fan-mails kept on coming – and kept me going.

Two years ago, I put on my wellingtons and sou’wester. I did three months solid research into the Second World War. By the end of the third month I was drowning again, this time in black depression. The stories of how fighter pilots lost their young lives were so heart-breaking I couldn’t take them any more. I called a halt and wrote Beatrice and Alexander instead.

And then coronavirus blew the world apart.

Left in limbo, between novels, like a restless out-of-work actor, I read other people’s stories by the bucket-load, stomped around Blenheim’s wondrous gardens, worried from dawn to dusk about the people I love, and fed the cat.

And in the enforced idleness, I began to think my way into a sequel. Not by doing more research. I wasn’t allowed to travel anywhere, my beloved Woodstock Bookshop had closed, so had all the libraries in Oxford together with the Bodleian. A new title, Flight of the Lark, began zinging in my head.

The May Day singing in the centre of Oxford didn’t happen, but something else did. A gentle warming of the sun and a lengthening of days. Walkers in Blenheim, who had remained mute as stones for weeks, started to say, ‘Good morning.’ One of them stopped to talk to me: rivers apart, of course. Martin asked me what I did. I said I was thinking about writing a sequel. There! Those terrifying words had been unlocked. They had sprung out of my bag. They would not be squashed back in.

On Tuesday 12 May 2020, Rachel Phipps, who owns and runs The Woodstock Bookshop, arrived with the first new book I had bought all year. My next-door neighbour, Dan Ardizzone, talked to me about his marvellous Montessori School in Oxford, the problems of keeping the youngest pupils safe, the beauty of the building – and its emptiness. Len Kehoe, my computer technician extraordinaire, arrived to repair my ailing keyboard and deliver some new speakers for my computer. And Adèle and John, my dazzling energetic neighbours, shopped for me in Waitrose with extraordinary grace and friendliness and flair, as if they had been doing so all their lives.

Life, miraculous friendly life, seemed to breathe again. We were conquering that vicious mountain peak. Hope danced in the air. Health partnered her.

I created a new file. Finally, Flight of the Lark, hello, what took you so long? I wrote a beginning and then deleted it. I wrote three more opening scenes and chucked them out. Blenheim’s lake was being dredged. I stared at its beachy edges. People dry up as well as things, I told myself. Maybe I should go home and bottle jam.

And then a miraculous moment happened. In every novelist’s life there are, if they are lucky, maybe three.

It was Sunday 17 May 2020. Eleven in the morning. Woodstock was utterly silent. There were no people in the street. No humming car engines. No coach loads of visitors. No singing of hymns. And not a single chiming church bell.

I washed my hands again in the bathroom that overlooks the road. And, as I did so, I heard that still small voice in my head saying four little words.

It was Akbar speaking to me from Calcutta. Flight of the Lark was born.

So: to all of you who took the time and trouble to write to me over the past six years to ask for more, I say a very special thank you in return.

You fanned the dying embers.

And now I light the fire. 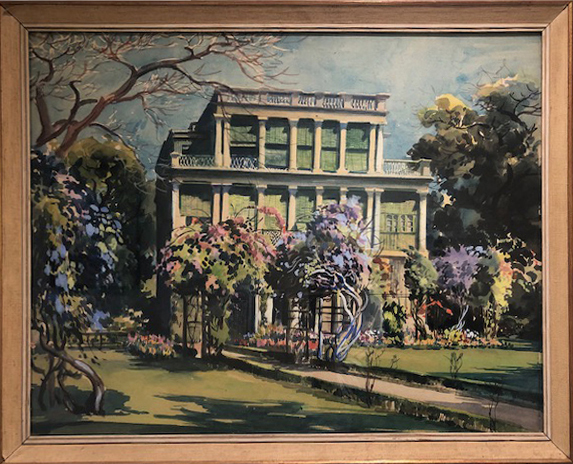 With kind permission of Joanna Lamb: PAINTING OF 16 STORE ROAD, BALLYGUNGE, CALCUTTA, by the artist G.D.Thagaraj, BORN circa 1925, DIED circa 1981 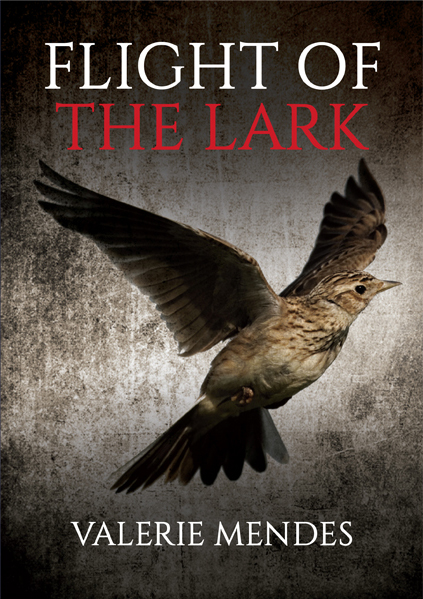 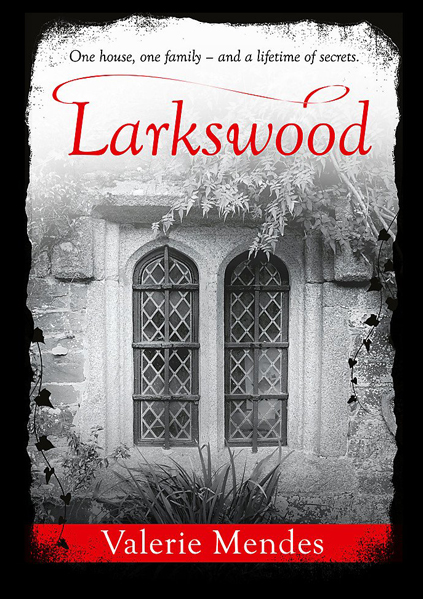