The brutal email came thundering down the line at me from New York. My American publisher again. This time About Websites. “If you haven’t got one,” it shouted, “you don’t stand a snowflake’s chance in hell. We won’t do it for you, so get a move on. And don’t spin us any made-up yarns about yourself. We double-check every word. Our Publicity People Need You To Have A Website by Wednesday Week.”

I woke up, smelled the coffee and reached for the phone. The time had come. Extricate head from warm comfortable anonymous sand. Either go public big time about yourself and your achievements in words of one syllable, or disappear down the publishing drain into a murky pond.

My new designer travelled by train from London to Oxford. Trembling with fear, I met her at the station. We shook sweaty hands. Then off we waltzed together into the deep blue website universe.

More than several years later, perching in a rented cottage in Long Hanborough, I decided my website needed A Drastic New Look. I’d asked for one. Instead I’d been offered a sleepy jumble of mistakes. In a rage, I called my brilliant printer, Darren Millward, of JDPrint Solutions. I pulled him upstairs to my immaculate study. It overlooked a tranquil garden, a field of golden rapeseed, swallows on their wing, a line of emerald fir trees and an enormously beautiful cloud-drifting sky.

“Look at that!” I stabbed a pen at my computer. It shuddered. “And that … And just look at that!”

Darren frowned, tutted and groaned. “I see what you mean. Very second-rate.” He twinkled at me. “But never fear. I know just the man you need.” 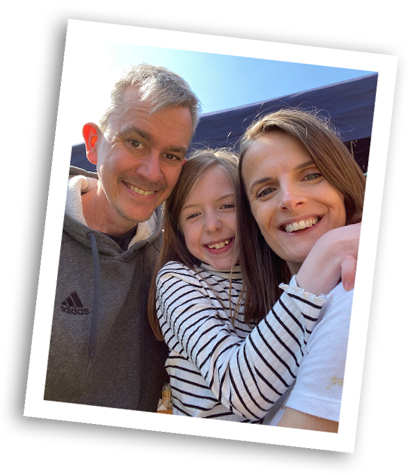 And Paul Downes walked into my life.

Six weeks later, I received a rare and treasured email from the CEO of The Society of Authors.
“Love your new website,” Nicola Solomon wrote. “My daughter also went to North London Collegiate.”

Paul had not only immediately understood what I wanted and produced swift and exceptional work: he’d set a trend that many publishers followed. So dear readers – and not before time – this Light Music feature is all about him.

Paul Downes was born with a pen in his hand and a fierce competitive streak firing his blood. All he wanted was to draw – and to compete with anyone who challenged his talents. He was five in 1979 when his artwork appeared on the TV show Blue Peter.

“To my delight, Sarah Greene held up my entry for the Christmas Stamp Competition. When we put my entry in the post, we folded my painting in half to fit the envelope. I would have been the winner in my age group, and my painting would have become a Royal Mail stamp. But the fold gave the painting a line across it, so sadly I was only the runner-up. Photoshop wasn’t around back then. Today, the line could be easily removed.

“But this didn’t stop me: I ended up with five Blue Peter winner badges, along with other prizes: a party at Oxford’s Randolph Hotel with Darth Vader, a BMX bike, tickets to the pantomime.

“When I was thirteen, I became Young Cartoonist of the Year for the Midlands. I also had a cartoon strip published in The Beano with a character called Spike the Dragon.

“I left school at sixteen. I went to the Oxford College of Further Education to do a First Diploma in Graphic Design, and then spent two years at The Berkshire College of Art and Design. My next stop was Newham Community College, East Ham, London where I started a HND in Graphic Design. But I missed living in Oxfordshire, so six months later I transferred to Banbury College of Art and Design. That’s where I met Ray, who eventually became my business partner.

“After finishing my Higher National Diploma, it was time to find a proper job. Miller, Craig & Cocking, a Creative Design and Branding Agency, were offering a week’s work experience. I jumped at the chance, got on well with the partners and staff, and immediately accepted a full-time position. They were a great company to work for, with very high standards, and I stayed with them for seven years, the last two as one of their Directors.

“But in 2002, I wanted the challenge of setting up my own GD Associates. I began work from my bedroom in Kidlington. By Year Two, I needed more space so I moved to an office in Deddington. Two and a half years later, I asked Ray to join me. We moved to central Banbury and things really took off. Our final move was to offices in Chipping Norton, which remains our working home.

“Nineteen years later, we are still together, with a long list of companies behind us: Habitat for Humanity, Breast Cancer Care, the British Fluid Power Association, Brethertons Solicitors, Bloxham School, Brasenose College, the Fellowship for British Hairdressing, Forever Living Products, as well as many individuals. We have always supported Chipping Norton School, attending career’s evenings and offering work experience.

“I met my future wife, Paula, through mutual friends. Myself and Paula met up occasionally over a 10 year period until the day I thought I’d like to ask her out on a date. Ten months later I decided I wanted to marry her. We went to Paris in a freezing fall of snow and I proposed on top of the Eiffel Tower. Luckily, Paula said ‘Yes!’ and now we have a daughter, Rose, my happiness is complete.”

That sense of personal contentment imbues everything Paul does. He never grumbles, he never complains, he acknowledges every message, however small, and he listens to what his clients want before interpreting their wishes in the most professional way. He offers a choice of design and allows his clients to make their own decisions. His patience is legendary, and if they are having problems of their own, he allows them to sort them out in their own good time.

I feel exceptionally lucky to have been able to work with him. Paul knows without being told when work is urgent and when it can wait its turn. I would never have had the courage to create VMBooks unless I had known that he and Darren Millward would support my work in the best possible ways.

I’d barely known Paul for a couple of weeks before he came up with my lovely logo, VMBooks. That stamp of both approval and professional design was all I needed to see me through some incredibly difficult dark-tunnel years. Now the light shines more brightly than ever before. Together, we have fought our way through.

And onward for us all.